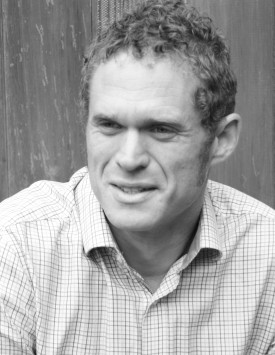 Aaron is a facilitator, trainer and mediator specializing in issues of justice and accountability. He facilitates victim-offender dialogue in serious and violent crimes, and provides training and consultation for communities and organizations across North America and internationally. Aaron holds a Master’s Degree in Conflict Transformation.

Since 2009 Aaron has facilitated with Fraser Region Community Justice Initiatives’ pioneering Victim Offender Mediation Program. As Training and Education Coordinator, he has trained groups across governmental and non-governmental sectors internationally.
With the Crisis and Trauma Resource Institute, Aaron provides training and consultation on a variety of topics related to workplace conflict, violence and justice in Canada and the United States.

Born and raised on British Columbia’s west coast, Aaron developed an early passion for human dynamics as a wilderness leadership instructor. After a year in Jerusalem during his undergraduate studies, Aaron became involved in designing and facilitating arts-based dialogue programs for Palestinian and Israeli youth with Vancouver-based Peace it Together. From 2003-2006 Aaron worked with adjudicated young men struggling with violence and substance abuse through PLEA Community Services in the Vancouver area.

Aaron currently lives in Fort Langley, British Columbia, with his wife and two children. Blending keen intuition and leadership, Aaron brings creativity and new possibility to all of his work. 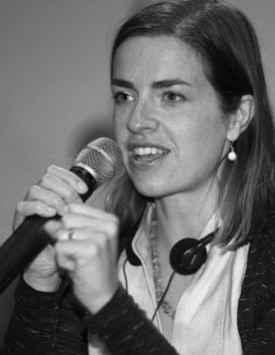 Catherine Bargen (MA) has been working within communities toward developing community-responsive justice programs since 1999. She is experienced across Canada and internationally as a consultant, trainer and practitioner in restorative justice and conflict transformation strategies. Since 2002, she has provided training and consultation to over two thousand youth and adults in various settings including schools, faith groups, Aboriginal communities, government and non-government organizations. From 2001-2008, Catherine was on staff with Langley’s Fraser Region Community Justice Initiatives Association (CJI) as their senior trainer, facilitator, and mediator. She also worked with CJI in partnership with the Langley School District to implement restorative practices into policy and practice across the District. In this capacity, she co-authored the internationally sought-after resources Conversation Peace and Talking Peace. Furthermore, in 2010 she authored Educating for Peacebuilding which describes the successes and lessons of implementing restorative principles into the school setting.

Prior to her work with CJI, Catherine served as the Victim Offender Dialogue Coordinator in Edmonton, Alberta and as a Restorative
Justice Educator for Mennonite Central Committee (MCC).
She received her Master’s degree in Conflict Transformation in 2008. Catherine was Provincial Restorative Justice Coordinator within Victim Services and Crime Prevention Branch of the government of British Columbia from 2008-2017, in addition to being a Program Manager for Victim Services with over 50 Victim Services and Anti-Violence groups. This role also afforded her the privilege of working with First Nations communities, partnering to develop culturally responsive crime prevention and community development programs.

As a volunteer, Catherine has been involved as a facilitator and board member with the organization Peace it Together, which uses dialogue, filmmaking and community engagement to empower youth as media makers and change agents for just relationships among peoples. Catherine also enjoys facilitating Talking Circles where she lives, in a Housing Cooperative (along with her husband and daughter) in Vancouver, BC, Canada. Catherine is a cyclist, yogi and dance enthusiast. She acknowledges that she lives and works on unceded and ancestral Coast Salish Territories. 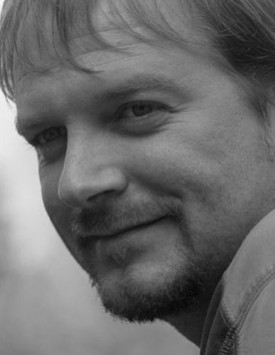 Matthew Hartman (MA) has extensive experience with the non-profit, public and for-profit sectors in developing processes, systems, programs and capacity with the goal of aligning service delivery and practice with the stated vision, mission and values of the organizations with which he works. Working across the US and internationally, Matthew accesses a rich background in facilitation, training, restorative justice, conflict transformation, organizational development, consultation, and mediation.

Matthew spent from 2010 to 2017 as the Restorative Justice Coordinator for the Clackamas County Juvenile Department. In this capacity, he coordinated the department’s commitment to further align the department’s practices and programs with restorative justice values and principles. In this capacity, he co-developed a Victim Impact Program which serves victims of juvenile offense through early direct contact, service delivery, and redeveloped the existing Victim-Offender Dialogue Program. In addition to strategic planning, program development, and general support, Matthew also helped to expand and strengthen the capacity of the community to play an active role in responding to juvenile offense through a community-engagement process to re-envision existing diversion programs toward deeper alignment with restorative justice values and principles.

Matthew has an undergraduate degree in Sociology and received a Masters degree in Conflict Transformation in 2008. He also has extensive training and education in trauma healing; qualitative evaluation; conflict analysis and theory; human security; and strategic peacebuilding. In addition, he has served as an organizational consultant/evaluator and has substantial corporate management and marketing experience.

Matthew brings to his work a strong sense of presence and listening combined with skills to move individuals and groups toward their goals. The resulting safety allows individuals to express their feelings, thoughts, and needs which channels collaborative, creative and effective dialogue, planning and problem-solving.